The grant is the product of joined efforts by the Institute and the Oñati town hall. Both institutions were represented by Noe Cornago, scientific director of the Institute, and the councilors Nerea Zubia and Amaia Erostarbe.

Among the local attendees were many senior women, whom Cruz Balbuena's project is aimed at. There were many master students and former students as well. The event attracted some local media too.

Each awardee gave a presentation with his or her work's main points and conclusions. Both works will be published in due course. 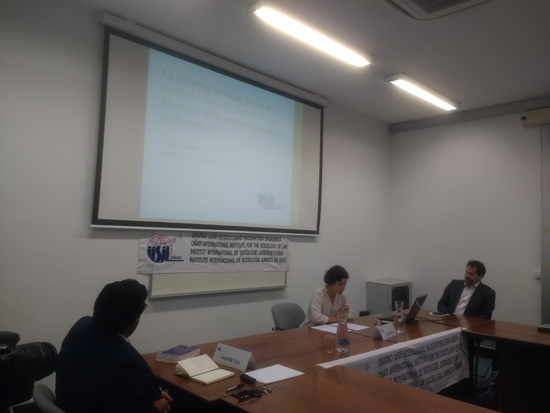